Things i’ll do when i coach again, Volume 2

We are all stupid sometimes. How to combat it

All of us are victims of our own cognitive biases and unfortunately there is A LOTof them. Our mind seems to be built to make errors all the time, the awareness of this will not eliminate these biases but it might help recognizing them so we can counteract. I have been lucky enough to have stumbled upon lesswrong.com, a very good website which has sparked my interest in how the human mind works and how to think better. Additionally, I read Harry Potter And The Methods Of Rationaltiy, a book that wonderfully teaches and simultaneously tells an exciting story. I cannot really trace back exactly where I learned what, but obviously I have had many exchanges with people around me that improved my understanding about what cognitive mistakes humans make and how to mitigate them. In the following paragraphs I might list certain things that I personally do to combat my biases, but I might also go into some philosophical stuff. I don’t know yet and I won’t really revise this writing.

What is and what is not

I have heard many times “In football, there is no right or wrong”, a lot of times people mean that there are different opinions on certain aspects – for example player quality – and that all of them are valid, as there is no right or wrong. I disagree with that, because football is a thing that is in our reality and adheres to the laws that exist in it, which subsequently means that there are some things that are more on the spectrum of “wrong” and others that are more on the spectrum of “right”. That Lionel Messi is a very good football player is more right than it is wrong, I would say. I am currently having a hard time being able to articulate what I want to say, so I will just say this: I have a very strong belief that there are things in football that are objectively true, just by the fact that it exists in our physical world. Believing/Accepting this is a step that immediately leads to the question of finding out what is true and what is not true in football. While writing this sentence I can think of a further step: knowing what is true and what not will help you win games, the whole point of the game. It also stands in the way of ending discussions in a lazy way, because “there is no right or wrong in topic X” is exactly that – a lazy exit out of a discussion.

Three years ago, I sat at a dinner table with one of the most amazing football minds I have ever met, and they gave me following advice: During the game, write down what you observe. Afterwards compare your notes to what you see on the video. Develop a hypothesis and test it – the scientific method. On a separate occasion, another great mind told me that ANOTHER great mind gave them this advice: before the game, give your best guess how you think the opponent will play and compare those notes after the game. It is absolutely imperative to do this over and over again to improve your abilities in:

Cognitive dissonance is strong in humans and we rationalize constantly. It is easy to think you were correct in your switch from 3-4-1-2 to 3-1-4-2 during the game, but the opponent scored a lucky goal and you lost anyway. Or to convince yourself – and others even – that your game plan was spot on, but the execution of the players was off, the grass around the centre circle was too long et cetera, et cetera. Repeatedly checking your own guesses, intuitions and predictions is invaluable for humbling yourself and staying on the path of pursuing the truth and not in pursuing the path of making yourself feel better about the fact that you might have made a mistake.

Another area where making predictions and later testing them with absolute scrutiny is player development. I know of Academy X which makes their coaches give every player of their team a rating of 1-10 in different aspects of technique, mental aspects, physical constitution et cetera. In further consequence players get an overall rating of 0-10. I asked why this was being done and I got told “It is good to see how good they are”. I observed coaches doing the ratings and heard them audibly say “hmm, interesting” after they saw the final score. Totally neglecting that THEY were giving the ratings and were only seeing a quantification of their own opinion, which should not be foreign to them. The fact that these ratings never get compared with how much playing time players have gotten or if they develop to become professional players speaks for itself. That the rating itself is subjective is not an issue, but not having a method to test its accuracy is my main issue with it. On a macro-scale Academy X could find out how efficient their output in professional players is and if they recruit the right players at age 13-15. On a micro scale coaches could – with the help of data for example – check if their own intuitions for certain players are correct. But be aware of the confirmation bias: humans will give Player X – who was rated by the hypothetical Rational God of Football with a 6 – a rating of 10 and then give him more playing time and overall more attention. He will therefore develop further than other players, just because of the fact that the coach wanted to confirm his own belief. Building several layers of control for judgement is therefore a good way to try and correct one’s biases. Letting coaches of other teams watch training and games and rating the players as well might be an option, as they have no emotional attachment to the success of the players. Doing this with outsider agencies could be a solution as well, one always would have to consider incentives though. While writing this – and hopefully while reading this too – it becomes apparent that it is very hard to counteract all biases and to make no mistakes at all. But it is still worth a try, in my opinion. 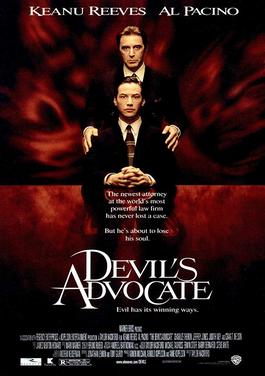 Recording games and trainings is a valuable tool for coaches to assess their own work. It is probably the main tool for testing oneself, even though I have experienced many occasions where coaches would watch video and see what they wanted to see, confirming their own biases. It is helpful to have outspoken collaborators, but in the reality of any business where there are power structures in place, finding an environment where everybody feels free to speak their mind is very hard to come by. I have read that Navy SEALs supposedly hold meetings where all rankings are ignored for the given time and everybody is allowed to give their opinion about plans. If that is true or not, I don’t care. I really like that idea and I believe assigning different devil’s advocates in meetings – and switching them up – could be a good option to not ignore one’s biases and to work against the natural inclination of not wanting to contradict “the boss”. Switching the devil’s advocate from time to time will give the opportunity of always getting different perspectives, as well as the incentive for the members present to not hold any animosity towards the assigned D.A. – because next time it could be them.

I personally witnessed a coach who always wanted to try to have open conversations between the staff members and for them to speak their mind when we spoke about training and game plans. He was mostly met with silence or many different versions of the sentence “however you want it”. I truly believe he wanted our honest opinions, but he failed setting the right environment from the beginning to enable this. With time, we started to trust him and his ability to take criticism and different opinions more – but only some of the staff members were open and I myself kept certain opinions to myself as well. Our reluctance was rooted in our negative experiences with speaking our minds. Only a few weeks before we still had had a head coach in place who would claim to want open discourse but would chastise players and staff members when they would do so, getting emotional in discussions and saying things like “you are too young to understand”, killing any discussions with arguments like this. Be aware of yourself doing these kinds of things, even if you do it in a kinder way than this coach did.

Zoom out – or take Ketamine 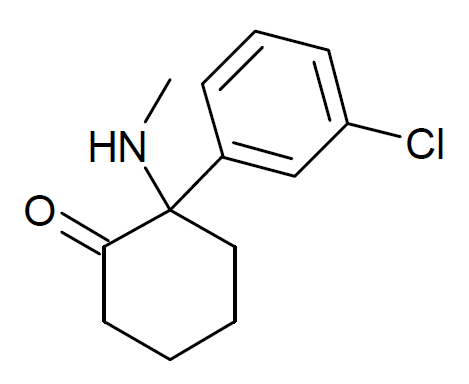 This I have only recently thought about, but it sounds useful to me. Sometimes people stumble upon great discoveries because they took up a different perspective, one of a Person looking from “above” at things. Some people call it “zooming out”, but I prefer the version of looking at a problem with a wider lens and with a different set of eyes – preferably godlike ones. Sometimes things “don’t add up”, certain interventions don’t work as intended. To realise this can occasionally be luck, ideally it is out of scrutiny towards one’s own ideas and actions. This is especially hard in football, because cause and effect are hard things to think about anyway but get very blurry on a field 11v11. Because I have not thought about and tried to practice this long enough, I can only say (to myself): if you feellike the evidence does not “add up”, is “weird” or “does not make sense”: try to take up a different perspective and see if you can, with a bit of distance, recognise where you might have taken a wrong turn. Or just take Ketamine and have an out of body experience (for legal reasons this is a joke).

There are many mistakes we make while thinking. To be constantly aware of this and checking yourself is already a really good and valuable intervention. If you can find for yourself what biases, you tend to have and if you can build/find a good critical-thinking-support system around you then I think you are more on the spectrum of winning the games than on losing them.