The following drill is ideally played in a 4v4+2 with 2 goalkeepers in big goals. Based on the number of players available, a 3v3+3 or something similar would also be possible. Based on the needs of the coach, many different rules can be applied. I wouldn’t recommend playing it in more than a 5v5+3, though.

In the form that I want to show, we play on two big goals, positioned 18-20 meters away from the central field. 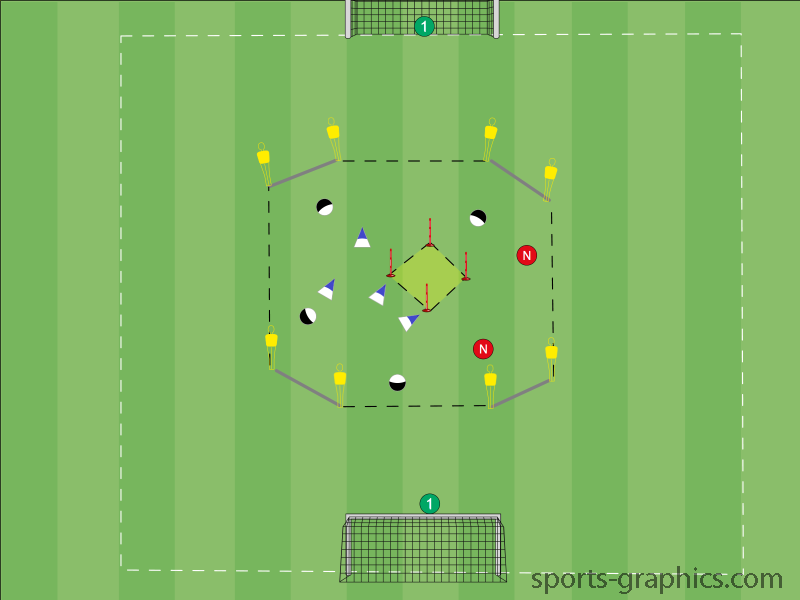 Within this setup, we want to create as many line breaking and diagonal moments as possible whilst also focussing on turning to receive and good positioning. Rules and aims of the game: 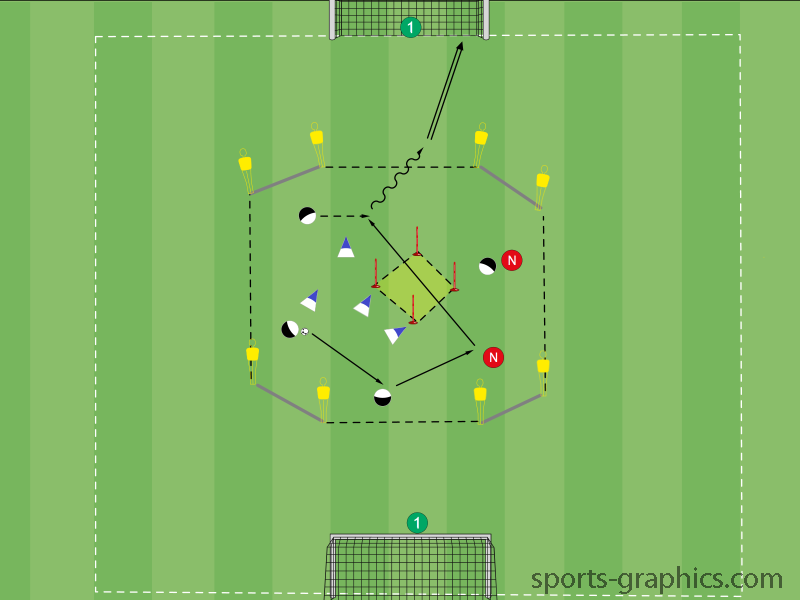 The aim is to create proactive runs (curved towards the outside). Thanks to that, the players can break out of the tight playing area. This can also be done in anticipation of a ball win to have a headstart for counter-attacks. Because there’s always a numerical superiority in possession, it’s generally possible to keep the ball – but changing the rhythm is of high importance in these moments. You should not keep the ball just for the sake of it, but act as goal oriented as possible in every situation. 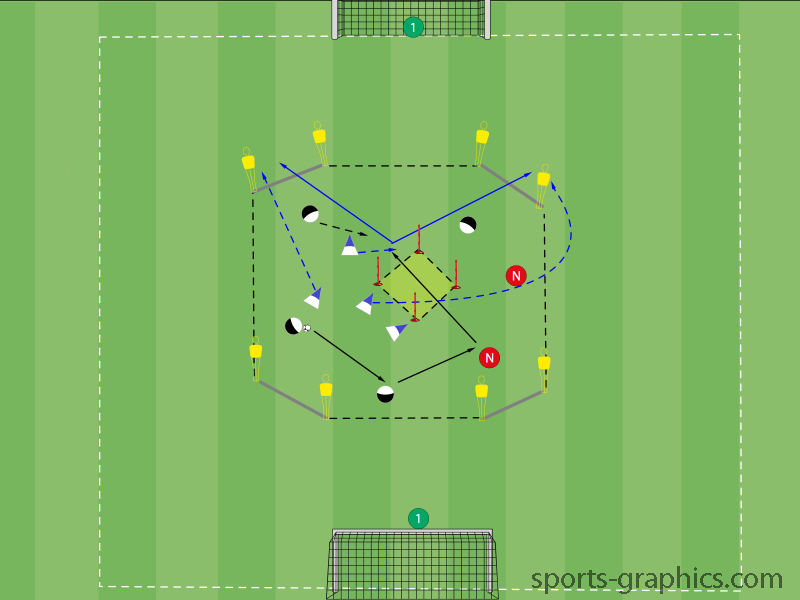 When offering an option between the lines, we should always be ready to turn and to receive in an open body position to ensure quick and clean follow-up actions.

Further variations can be based around restricting the number of touches or giving different amounts of points for different passes (e.g. pass over 2 lines plus diagonal ball through dummy goal = chance to get more points for a goal)

Furthermore, you can split the inside field into quarters to implement additional rules. With that you can emphasize the circulation of the ball (not more than 2 passes per quarter, pass rhythm: short-short-long) or the movement of the individual players after passing the ball (move to a different quarter after playing the ball).

Generally, it’s recommendable to start with a few rules and to add more throughout the game. The players get used to the game and feel more comfortable afterwards. 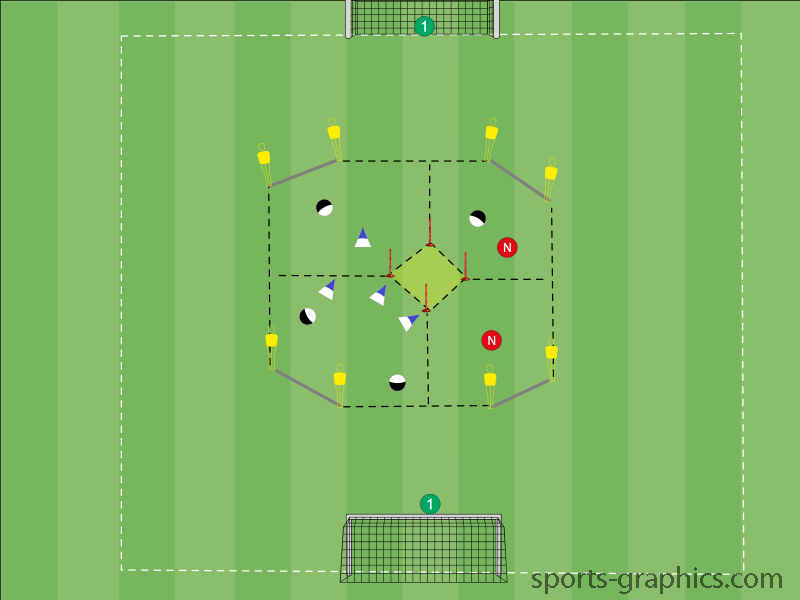 After scoring a goal, the coach plays a second ball to the successful team. Within 6 seconds, they need to pass through the central square or one of the dummy goals (dribbling also possible for the latter) and finish on the same goal as previously (easier option: take the other one). If they score, once again, the team starts the next round in possession of the ball.

In this variation, even greater importance is placed on transitional moments. The players that just conceded a goal need to show their mentality through continuing to play after getting scored on and to make use of the chance to finish by themselves afterwards.
Of course, you can add further rules at any time or enhance the game by adding mini goals on the sides.

Overall, this game form contains a lot of moments that can be used to finish quickly. The rules implicitly ask for playing a “killer pass” diagonally or vertically through the center of the field. Afterwards, the receiver can either turn with the ball or the team continues to make use of lay-offs, e.g. by initiating an up-back-through.

On the other hand, the defending team needs to be compact in the center of the field and to isolate the opponent in certain areas of the field (ideally in the corners). Afterwards they can make use of transitional moments (3 seconds for setting up a goal/counterpressing of opponent) by themselves to score.