The following is a noisy training session I designed to foster the intensity of concentration and decision-making intentionality with a group of players I am currently working learning with. The activity emerged through a desire to instill a more aggressive, vertical, and most importantly intentional playing style in transition through a practice form that was created to make training as difficult as possible for the players.

It should be noted that “as difficult as possible” here means finding the right balance of complexity in terms of overloading the decision-making aspects within the activity’s constraints. At the same time the layering of multiple conditions helps to bring about as many key behaviours as possible in accordance with our desired playing style.

It should be noted that the activity has a fair bit of stop/start to it, especially in the early stages with the activity being new to the them. So, during this time it is paramount the coach emits confidence, patience, and energy to affirm positive behaviours amidst the initial chaos of achieving activity flow.

Even once the activity hits full stride we are looking at extremely intense and short bouts of play ranging anywhere between 5 – 20 seconds. The activity affords players an opportunity to live on the edge of extreme difficulty (near impossible to find the perfect combination timed to a finish in transition) and opportunity, which is just the right recipe for fostering a concentrative state.

You may only get a few picture-perfect transition moments where everything “clicks”. The learning or performance improvement from an activity as such is typically one that arises through a hysteresis effect better known as delayed or lagged learning.

For this reason, the coach should take the opportunity post training to promote self-reflection from the players to recall and create mental highlight reels of how “success” looked and felt throughout the activity in their mind.

The two key principles I will highlight later on through provocation rules are: Mental Switch from Defending to Attack and Getting the ball Central during Attacking Transition. 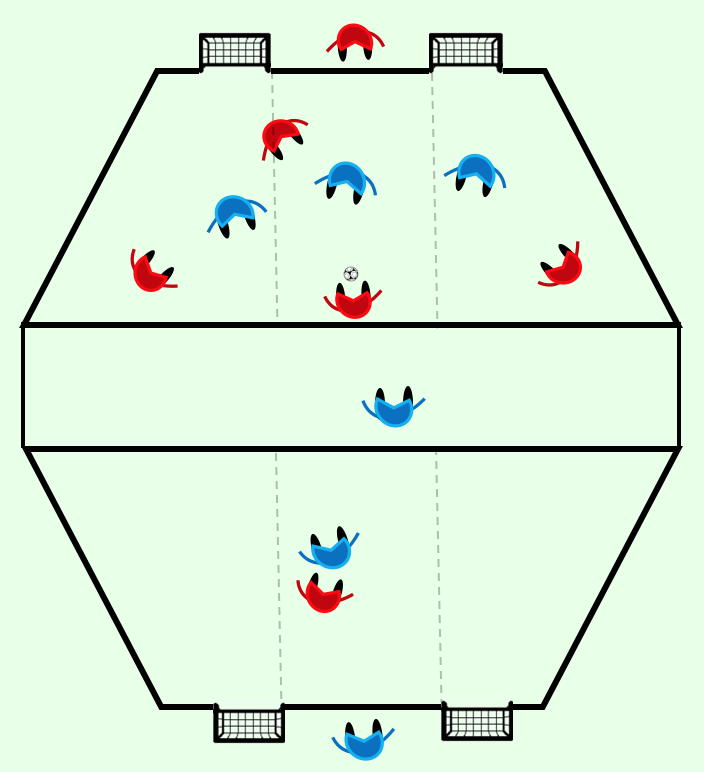 The architecture of the activity is quite rich in that it brings life to various tactical concepts in our intended game through differential repetition of the following micro situations. 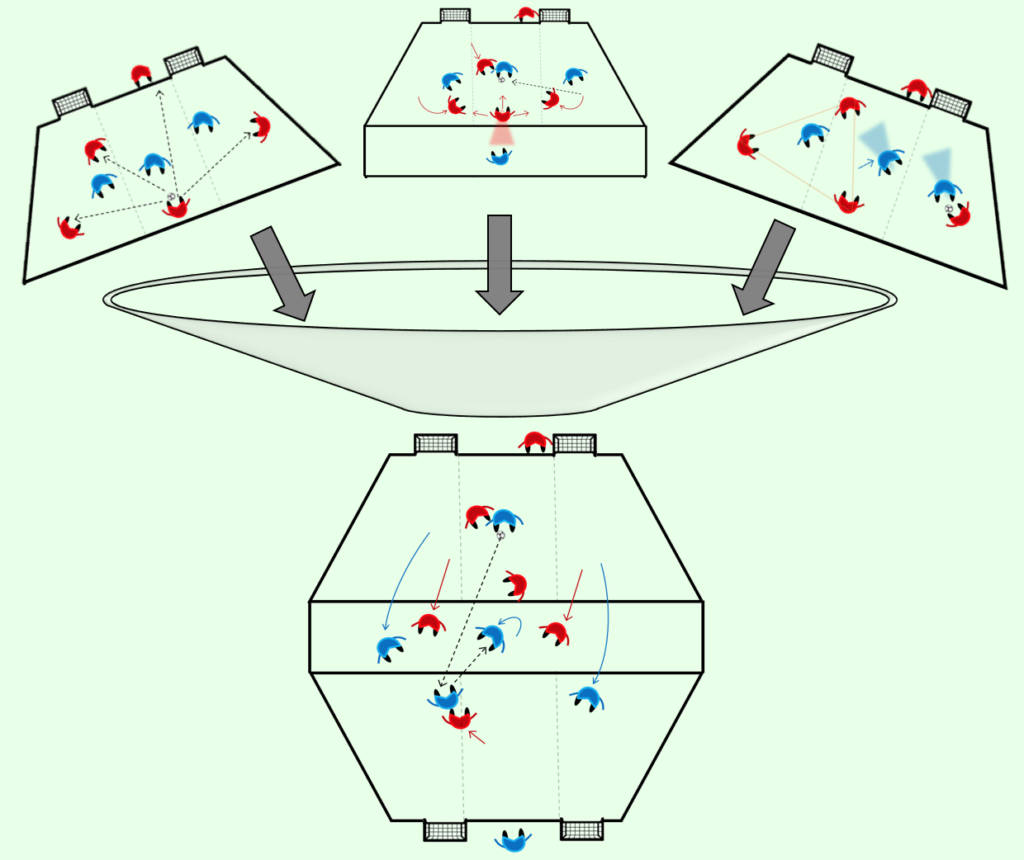 Training Principle “Getting the ball central in Attacking Transition”

Instead of providing my own (potentially limited version) on the principles mentioned I challenge you to observe the following clips to identify and create your own teachings.

Pause the video at various times and wonder about the following aspects: What intentions (vision and awareness) do you notice during the transitions? What actions spark your curiosity; before, during, and after the transition moment? What catches your eye… Ahead of the ball? Behind the ball?

Pause the clips and dissect “what are the players moving in reference too?” Why is it important to get the ball central in attacking transition as quickly as possible? If it’s not possible, why not? And what needs to happen off the ball to ensure it opens?

Get curious about the timing of the actions for players living in or across the last line of the defending team during the transition… Why are they moving and when is the optimal moment to do so? What rules of thumb can you create to promote the optimal behaviours you wish to see during training and games? Now jump back to the training activities. How can they be used to bring alive your version of the learnings?

Methodological Approach to Teaching the Principles 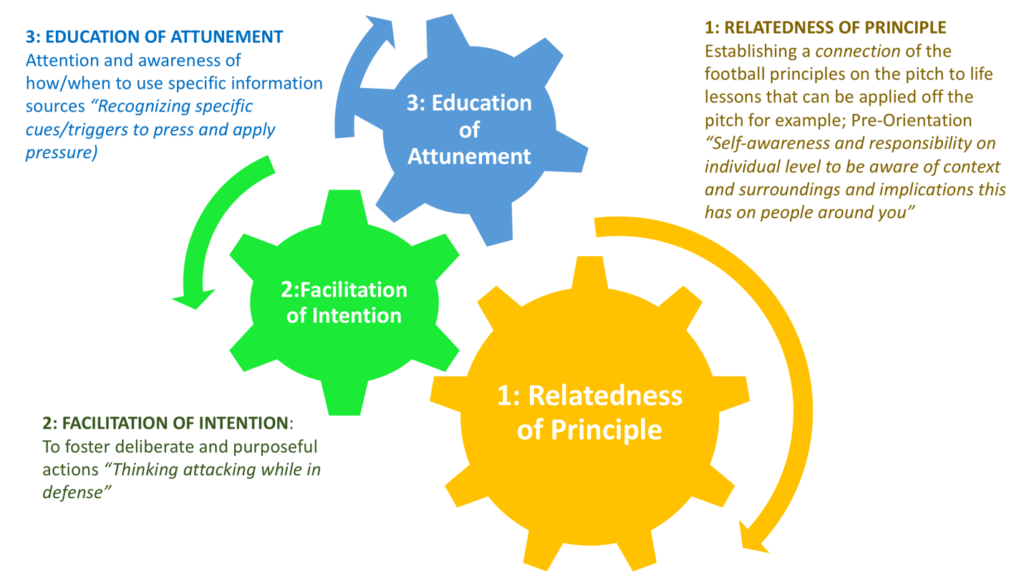