The subject of diagonality in football can cover several areas, such as passing and dribbling, but also movement and spatial structure. The first two areas I would like to briefly discuss theoretically and then show how I pay attention to them when training with my U17 team.

What’s a pass for, anyway? To remain in possession of the ball when dribbling is no longer possible and to get as close as possible to the opponent’s goal in that action. It is important to keep in mind that the goal is in the centre of the playing field and that the progression through passes should always be considered in relation to the goal and not only to the playing field.

Thus, a diagonal pass from the wing to the centre or half space often brings the ball closer to the goal than a vertical pass which would only bring it closer to the baseline. For example, diagonal passes are good for using the wing zones – so that the opponent can defend a greater width and possibly open spaces in the centre – and then returning the ball to more strategic zones. 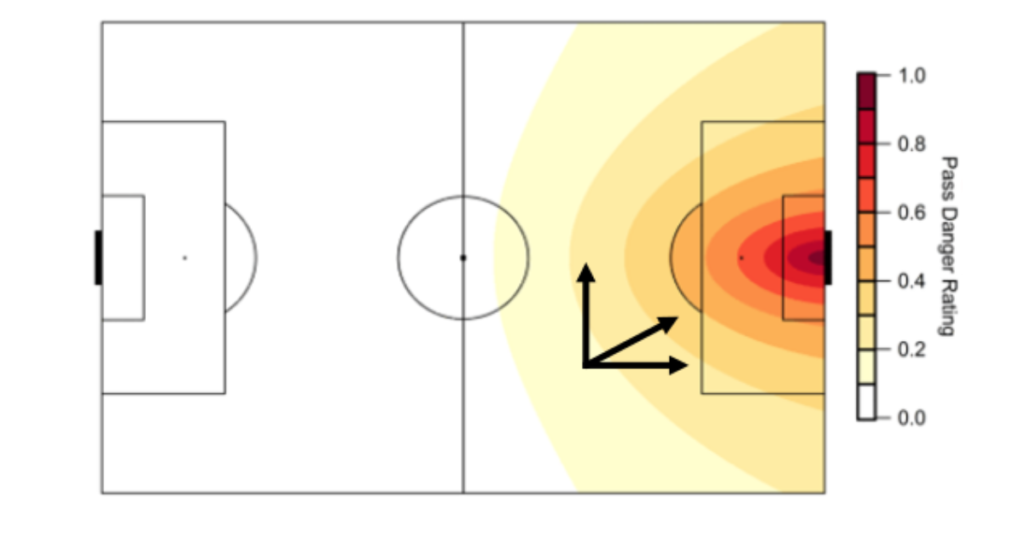 The main disadvantages are the pressure and the position of the receiver. If it is not a ball in behind, vertical passes are received with the back to the opponent’s goal, which requires a good orientation, especially checking the shoulder (or at least suitable communication of the players) and often also the use of lay-offs.

In addition, the pressure is often high with vertical passes, as the ball remains in the same zone despite the pass, which can be especially harmful after a dribbling by the passer himself.

Moving the zone is an advantage of the horizontal passing game – a factor which is also used in the context of diagonality. The problem of the closed position of vertical passes is much less a factor with diagonal passes. The passing angle allows a more open position, which allows to open up quicker. This also facilitates a naturally better orientation looking forward become easier with a more open position.

The combination of advantages of verticality and horizontality also applies to diagonal dribblings. The difficulty of which opponent to mark and when to release is particularly evident for the opponents in this case. Diagonal dribblings can also provide surprising moments, especially for players who otherwise tend to act more linearly, such as many full-backs. 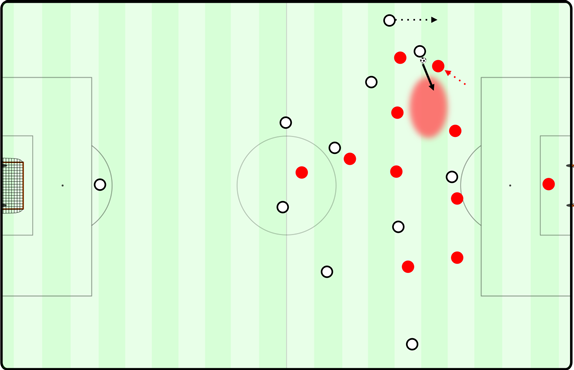 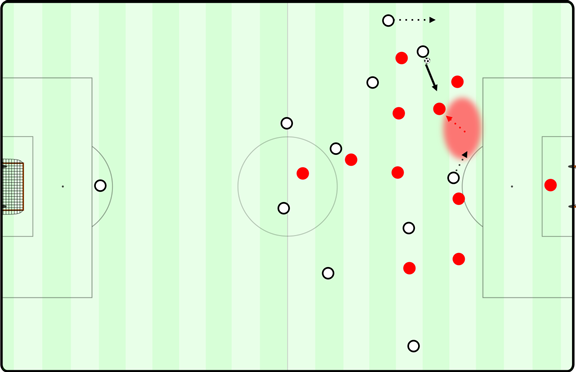 I’ve used this form with my team when we played with a 4-2-3-1 formation. The goal was to work on the build-up-structure of the two central midfielders during training, for which the topics diagonal passing and open position were important to me. The gme is an adaptation of a three-zone game with three teams.

Because of the 2vs1 situation in the middle zone diagonal passes are not just forced, but they often become necessary and advantageous. As mentioned before, the pressure after vertical passes is often very high. In the exercise, the defender in the middle zone usually orients himself on the joker closer to the ball. Hence, more space is available far away from the ball.

Additionally, the middle zone is split in two areas which help the two midfielders to be positioned on different lines. In order to increase awareness of the importance of the central midfielders for the possession (and for simply having a rule that takes into account the errors of the jokers), their errors count as errors of the team that played to a joker.