The coordinated occupation of the opponent’s penalty area plays a recurring role for many coaches. In order to develop a goal thread from breakthroughs over the wing or the half space, it is important to have a suitable, dynamic line-up in the box so that the crosses or cutbacks finds buyers.

Most of the patterns and coaching points for this should be known to the majority of coaches and our readers. Usually three to four zones are named which have to be occupied.
– 1st post
– 2. post
– cutback zone
– (Protection for 2nd balls)

These zones are to be run dynamically by the own players. The goal is to be able to stand out from the opponent’s defensive players or to assert oneself against them in order to reach a shoot on goal. In this context the attackers are sometimes asked to cross their paths in the classic way.
A very suitable game to generate many crosses or cutbacks is the presented game by Yiannis Tsalatsidis.

But although this form of play is not completely realistic it is very well suited to coach the principles of the penalty area occupation.In the following game form the focus should be more on game realistic input and additionally on playing out breakthroughs and input as well as the switching behaviour. 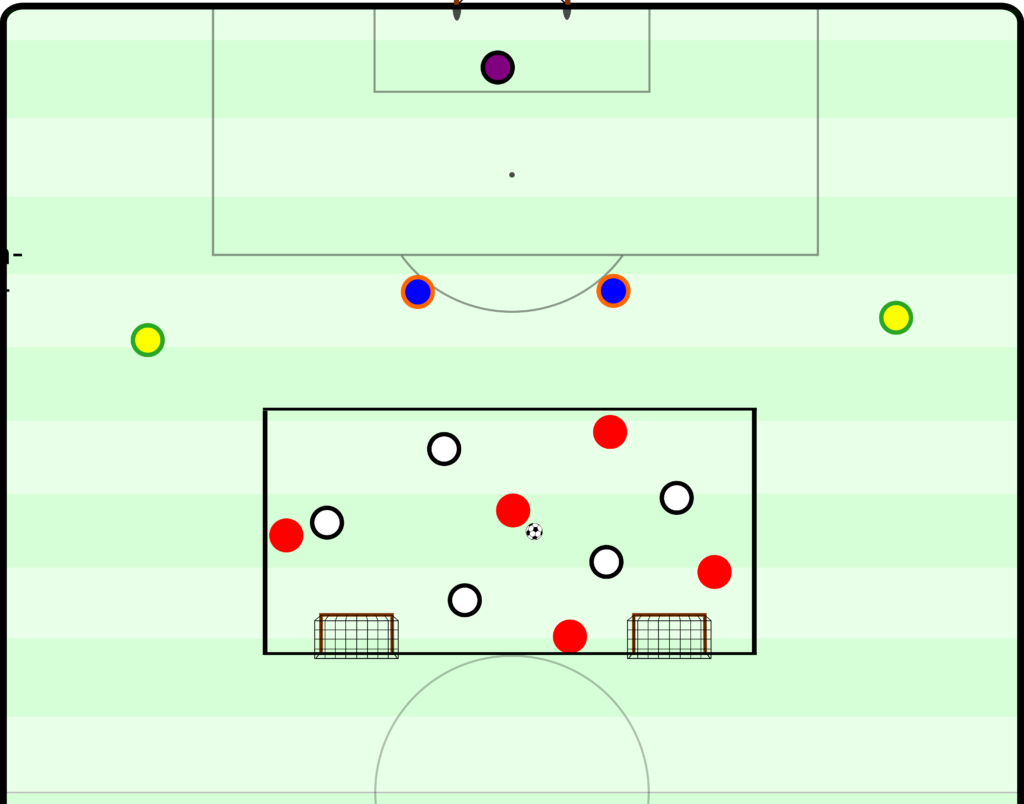 Variants
– Time limits for both teams, depending on the abilities of your own team
– Large goal with TW instead of counterminitors and the TW as neutral player in midfield
– Both neutral offensive players on one wing

The starting positions of the offensive and defensive neutral players provoke attacks over half space or wing breakthroughs, as well as dynamic entry into the penalty area. This can be provoked even more strongly by a time limit for playing out the end. By the counter goals defending team is forced to provide beside the fast attack also still for the security of the same.